Getting readers to do the writing 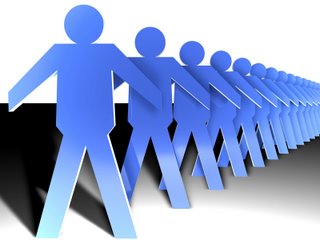 There's an interesting piece in Wired magazine about the rise of "crowsdsourcing," the Web-based phenomenon of "everyday people using their spare cycles to create content, solve problems, even do corporate R & D" for companies. Click here to read the article. And pay particular attention to the discussion of iStockPhoto, the marketplace for amateur photographers.
Publishers and editors should be familiar with iStockPhoto if for no other reason that that it can cut costs dramatically. This "massive collection of royalty-free images" is an alternative to pricier services such as the one run by Getty Images, which, by the way, bought out iStockPhoto three months ago. (iStockPhoto's user agreement on royalty-free images is here. And it seems clear to this non-legal mind that magazines are permitted to reproduce the photos.)
But I don't so much want to talk about iStockPhoto as I want to talk about what it represents -- a system of user-generated content that can supplement, or even replace, traditional content.

Yesterday I spoke to the publisher of a B2B magazine that covers a specialized section of the financial-services market. There's nothing unusual about the magazine other than that it has nice, round numbers that I want to use to illustrate a point.
According to the publisher, his magazine has a controlled circulation of 70,000. That gives the magazine almost exactly 70% penetration of a vertical market he estimates at 100,000.
Now consider the possibility of asking that audience to create content in the crowdsourcing model. If we assume a modest participation rate of just 1%, the magazine would be awash in user-created material. If 1% of the industry was willing to write something just once a year, that would generate 1,000 articles. If we stick with existing subscribers, a 1% participation rate would yield 700 articles a year -- more than two pieces a day.

Consider the possibilities here. These readers are, by definition, interested in and familar with the subjects covered by the magazine. Furthermore, the readers work in a highly competitive field where careers can be made by "fame." The best-known people get the most clients. So there's a built-in incentive to participate in something that can "get your name out there."
Most importantly, this particular magazine serves a professional and educated readership. We can assume that a good portion of these people are capable of creating at least moderately good material prior to editing.
I'm not talking about news here. News requires a commitment of time that most readers cannot make (although any single reader armed with the new publishing technology can become a news competitor.) I'm talking about analysis. I'm talking about essays, thought pieces, best-practices, how-I-landed-my-biggest-sale feature stories, etc.
Think about the power of such content. Think about the sheer volume of it.
And then ask this question: Can you say with any certainty that the efforts of the professional journalists at your magazine -- those three, four or five poorly paid writers -- would be superior in quality or quantity to the work produced by 1,000 readers?

For some magazines, certainly, the answer is yes. Publications that serve a less-educated audience would be hard-pressed to find talented content creators among the readers. If you work at "Bread Wrap, the monthly magazine serving the men and women who seal bread in plastic bags with twisties," you probably don't need to concern yourself with crowdsourcing. But if you work at "Industrial Baking Technician" or "Twistie Engineer," you may want to read that Wired article again.

(NOTE: I paid $3 to iStockPhoto for the photo at the top of this post. That's a great deal no matter how you look at it. But before you spend even that tiny amount, check photo-sharing site Flickr to see if any of the free content suits your needs.)

Who is Paul Conley?